Believe it or not, there are tons of advantages of becoming a vegetarian. Despite this, just 5 percent of Americans consider themselves vegetarians, according to a 2014 review in the journal Nutrients. If you haven't considered vegetarianism in the past, keep an open mind. Making this simple dietary change could add years to your life.

Giving up meat benefits animals and possibly the environment.

If weight loss (and staying slim) is your goal, consider giving up meat.

Keep in mind to achieve and maintain a healthy weight as a vegetarian, you should abide by general healthy eating guidelines, which include limiting added sugar, sugary drinks, and saturated and trans fats. 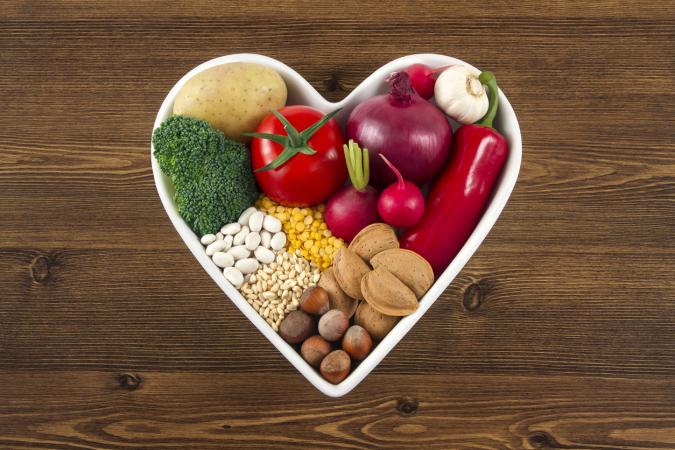 Cutting meat from your diet may also lower your risk for heart disease, which is a leading cause of death in the U.S.

Another chronic disease affected by vegetarian dieting is cancer.

Lowering your risk for diabetes is another perk of vegetarian dieting.

Purchasing meat isn't cheap, especially when you choose organic, hormone- and antibiotic-free brands. That's why cutting out meat from your diet can help you pinch pennies when money is tight. In fact, one study published in 2015 in the Journal of Hunger and Environmental Nutrition found plant-based diets can save you almost $750 per year while providing you with more nutrient-dense fruits, veggies, and whole grains.

Because there are so many health, economic, and ethical reasons to switch from regular to vegetarian dieting, why not give it a try? However, when doing so be sure to plan your meals carefully to get plenty of protein, iron, calcium, zinc, iodine, vitamin B12, vitamin D, and omega-3 fatty acids.