Vegan dieters make up a low percentage of Americans, as this type of restrictive diet lacking animal-based foods can be difficult to follow. In fact, the Vegetarian Resource Group says just 3 percent of the population follows vegetarian (including vegan) diets all the time. However, despite the fact few Americans eat entirely plant-based diets, doing so can provide numerous health and wellness benefits.

Following a vegan plant-based diet makes it much easier to shed pounds, maintain a healthy body weight, and avoid obesity. A 2016 study published in the Journal of General Internal Medicine says vegetarian diets are more effective for weight loss than non-vegetarian diets, with vegan diets being the most effective. Vegetarian diets are often associated with lower body mass indexes (BMIs). A 2014 study published in Nutrition Journal found average BMIs were lowest in vegan and pesco-vegetarian dieters compared with lacto-ovo and lacto-vegetarians. So if maintaining a healthy weight is your goal, becoming vegan can help you get there.

Cancer is a leading cause of death in the U.S., and vegan dieting is one way to lower cancer risks significantly. Cancer-protective phytochemicals found in fruits, veggies and other plant-based foods is one reason why. The Physicians Committee for Responsible Medicine says vegetarians are 40 percent less likely than non-vegetarian dieters to develop cancer, and animal products (meat and dairy foods) may contribute to many types of cancer (breast, ovarian, prostate and colon).

Thyroid disease (hypo- and hyperthyroidism) might be more common than you think in the U.S. The American Thyroid Association says more than 12 percent of the U.S. population will experience thyroid disease at some point in their lifetime. However, choosing a vegan diet appears to help protect you against developing thyroid problems. One 2014 study published in Public Health Nutrition found eating only plant-based foods appears to cut the prevalence of hyperthyroidism (too much thyroid hormone) in half, and a 2013 study in the journal Nutrients says vegan diets appear to be associated with a lower risk of hypothyroidism (too little thyroid hormone). 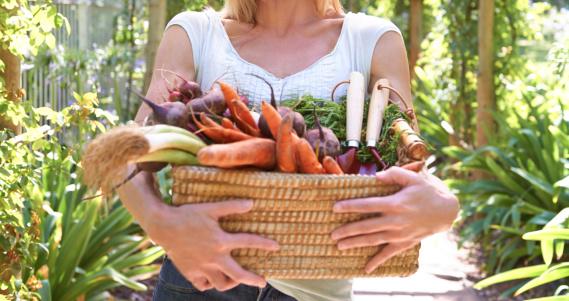 Let's face it, animals being raised to be slaughtered is disturbing to some people, and it's difficult to know for sure what type of conditions these animals are kept in. For some people, avoiding meat (and other animal-based foods like dairy) gives peace of mind knowing no animal is suffering to put food on the table.

No Antibiotics or Growth Hormone

Another reason vegans follow plant-based diets is to avoid antibiotics and growth hormone found in meats and dairy foods. The 2016 study in Permanente Journal says 70 to 80 percent of U.S. antibiotics are give to healthy livestock, which contributes to antibiotic-resistant infections that can be serious (even fatal) in people. Researchers in this study say insulin-like growth factor, a hormone naturally found in animals, fosters growth in adults that can promote cancer.

Going vegan even has benefits for your skin! A 2010 study in the Indian Journal of Dermatology reports antioxidants (which are abundant in fruit- and veggie-rich vegan diets) help protect your skin from damage and skin conditions caused by nutrient deficiencies.

Numerous health and wellness benefits exist when following plant-based diets. Because this type of diet is pretty restrictive, it's important to get in good variety of proteins, carbs and healthy fats and take a multivitamin supplement if your doctor recommends it to prevent deficiencies.

3
Comments
© 2006-2020 LoveToKnow, Corp., except where otherwise noted. All Rights Reserved.
Advantages of a Vegan Diet