When you eat a vegetarian diet, certain nutrients, such as calcium, vitamin B-12, iron, zinc and protein, may be missing from your meals. Substituting legumes for meat intake can help greatly. Mature legume pods contain 20% protein, and unlike animal-derived protein, the protein found in legumes contains no cholesterol and is low in fat. Compared to grains, legumes contain about twice as much protein, and they are a good source of iron, folate, potassium, magnesium and B vitamins as well.

The legume is a wonderful ingredient for any vegetarian meal. From meatless patties to soups, salads, noodles and chips, you can easily incorporate legumes into your diet in fun and delicious ways. Part of the reason legumes are so versatile is that they come in so many varieties.

Asparagus beans grow in a long, light green pod, but the seeds, or beans, inside are actually dark brown. You can eat the entire pod, and many people frequently steam or boil it first. Because the pod is so long, braid together the pods or tie them into knots before you cook them. 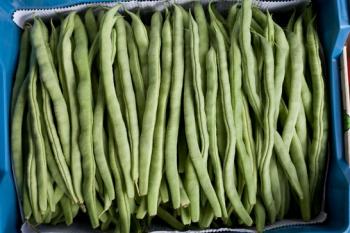 Also called snap beans and string beans, the green bean is a main ingredient for stews, casseroles and stir-fry dishes. Green beans are medium length, green pods containing green seeds. You can eat the entire pod, along with the beans. Snap the tough ends off before cooking them, and they can be steamed, boiled or sauteed in olive oil.

Named for its color and shape, the kidney bean is also known as the "Mexican red bean." You'll often see it used in salads, soups, chili and dips. The kidney bean is usually eaten without its pod and is typically sold dried. To soften kidney beans, soak them in water overnight before cooking.

Originally from Italy, the navy bean is small, white and oval in appearance. You'll see it used for baked beans, soups and stews. It is often sold dried and needs to be soaked prior to cooking. Once softened, it can be added directly to the soup pot.

An important source of vegetable oil and protein, the soybean has been used in countless ways, and no list of legumes would be complete without it. In fact in most grocery stores, an entire section is now devoted to soy-based products, from tofu to smoothies to spreads. Soybeans can be eaten in their pod - known as edamame - or they can be removed from their pods, salted, oiled and baked for a crispy snack.

The most common bean in the United States, the pinto bean gets its name from its "painted" appearance. It's a main ingredient in Mexican dishes, as well as chili, dips and soups. Pinto beans are sold dried, out of their pods. Soak them in water overnight to soften them. You can either puree them into a dip or add them to soup or salad. 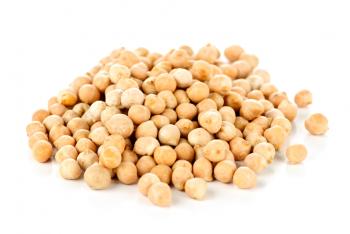 Also known as the chickpea, the bean is light tan and square. You'll often see it used in soups and salads and is the main ingredient of hummus and falafel. Garbanzo beans can also be ground up dry to form a flour that can be used for baking. Before adding them to soup or making hummus, soak them overnight in water.

Adzuki beans are small, dark-red beans used in Asian cooking, such as in bean paste. The beans and paste are commonly eaten sweetened, and it is also common to find adzuki beans made into desserts such as ice cream.

A blend of red and white, the anaszai bean is popular for southwestern recipes. The beans are small and kidney-shaped in appearance, but they are actually related to the pinto bean and have a similar taste and texture. 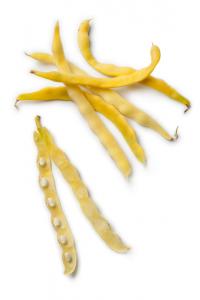 Wax beans are related to green beans. They are a medium length pod that is yellow in color, with a yellow seed. You can eat the entire pod and seed once the tough ends are snapped off. Wax beans can be prepared and eaten similarly to green beans.

Small, green and round, the mung bean is the most common sprouted bean. You can also make it into noodles, as well as desserts. Mung beans are seen in both Chinese and Indian cooking; they are frequently eaten whole, but can also be ground up to form a paste.

Dwarf peas are also known as Bush peas. Rather than growing on a tall vine, they grow on a shrubby bush that is close to the ground. The pods are often gray in color, but the taste is sweet and similar to snow peas or sugar snap peas. Eat them whole and raw on salads, or add them to a stir fry. 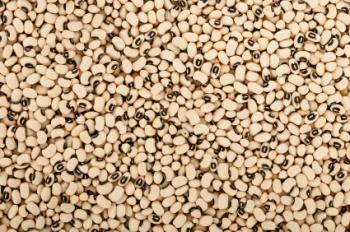 Southern peas are also known as cow peas and black eyed peas. Small and white, with a black end, these peas are defined by their black spot and are often eaten with rice or as a side dish. They're sold dried, so soak them overnight before eating or cooking.

You'll most often see English peas, or garden peas, in your grocer's freezer or in cans. They grow on vines but have a tough, inedible pod. The peas inside are round, green and sweet. You can boil them, steam them or eat them raw. Add them to salads, soups, and stews or steam them as a side dish.

Snow peas are a variety of green pea that is eaten still in its pod. Snow peas grow long, flat green pods, each containing several green peas, or seeds. Snow peas are most commonly eaten raw, but you can also stir fry or sautee them. 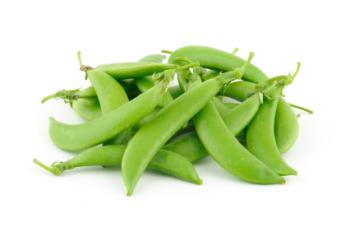 Alfalfa is a flowering plant that is known as a "forage" legume. Farmers typically sow it in fields where livestock will eat it as it grows. The alfalfa plant produces purple blossoms that resemble the blooms on clover. It can also be sprouted and eaten raw with salads.

Clover is another flowering plant known as a forage legume. It is also sown in fields for livestock to eat but can also be found in many yards where the nitrogen balance of the lawn is not correct. Clover can flower with both pink and white blooms.

Lespedeza is often known as the "bush clover". It is a flowering plant that grows as a large shrub or bush. They have trailing vines, and grow in moderate to warm climates. 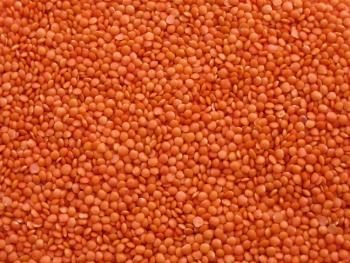 Found in a variety of colors and sizes, lentils are small, flat and shaped like a lens. They are commonly used to make hearty soups and meatless patties. Lentils are often sold dried; soak them overnight before eating.

Licorice is the root of a legume plant that is used to flavor or sweeten products, such as candies, beverages and medicine. The plant itself produces both blossoms and a pod containing seeds that are inedible. The plant is mostly grown and harvested for its sweet tasting root, which can be used to flavor multiple dishes.

Peanuts are food that is often thought of as a "nut," but they are actually legumes. Though its casing is not dehiscent, its structure of a split pod and seeds most resembles that of the Leguminosae family. Its name alone (pea-nut) indicates the confusion that arises when trying to classify it, but in the end, its flowering plant wins out. As the Peanut Institute explains it: "While their physical structure and nutritional benefits more closely resemble that of other legumes, their use in diets and cuisines more closely resembles that of nuts."

Add Some Variety to Your Diet

With the many different kinds of legumes available, you should have no trouble adding these delicious and healthy vegetables to your meals on a regular basis. Get to know some different legumes and start adding some protein and iron into your diet.

Comments
© 2006-2021 LoveToKnow, Corp., except where otherwise noted. All Rights Reserved.
List of Legumes & How to Consume Them