A raw and living foods diet is a vegan or plant-based diet in which few or no foods are cooked above 116-118 degrees Fahrenheit. Some define raw food diets as diets that are 100% raw, while others allow for some cooked foods. Alissa Cohen, Susan Schenk, Jeff Sekerak and the other raw food diet experts interviewed believe in greater or lesser amounts of flexibility in raw food diets between cooked and raw foods.

In general, the hallmarks of a raw food diet include: 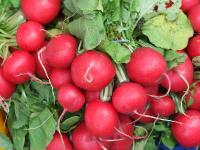 Within the realm of raw food diet experts, there's great variety in what each believes to be the most healthy diet. For the most part, however, raw food diet followers are vegan, meaning they eat no meat, dairy or eggs. Most base their diet on a wide selection of raw fruits and vegetables.

Many switch to a raw and living foods diet to heal health problems. There are plenty of stories about raw food diet followers who were hooked on raw foods because of the health benefits. In her interview, for example, Alissa Cohen mentions searching for a solution to her chronic Candida (yeast) infections and fatigue and finding that solution in raw, living foods. Angela Stokes is a famous raw food author and coach who lost over 160 pounds on the raw food diet. The list goes on and on of people who believe that fresh, raw and living foods have helped their bodies heal from serious illness.

If raw foods can heal Candida infections, improve chronic fatigue, and help people overcome morbid obesity, to name just a few conditions, many hope that raw foods can improve mental health. Mental health improvements may occur with a live diet, but there are some mental health or psychological challenges to eating raw foods.

The typical Standard American (SAD) diet contains many chemicals that although the FDA deems safe, may cause changes in brain chemistry. MSG, for example, is often noted to cause food cravings and changes in brain chemistry. Russell Blaylock, MD., in his book Excitotoxins: The Taste that Kills, notes many such changes with various foods additives, preservatives, colors and flavorings he dubs excitotoxins because they excite, or stimulate, neurons in the brain. While the FDA deems these additives safe for general consumption, long term effects aren't known.

Those who turn to raw food diets to improve mental health do so under the assumption that a poor diet contributes to mental illness or health. And while that may be true, conventional doctors and scientists do not share the view that raw foods can heal mental illness.

Aspects of the raw diet that may improve mental health include:

One aspect of the raw food diet that's only rarely discussed is that it can bring forth mental health issues that are hidden in someone's daily life. If a person is self medicating with comfort foods or alcohol, for instance, he or she may be numbing deep emotional pain by eating chocolate or ice cream all the time, or drinking too much. On a raw food diet, none of these foods are consumed, and so the mental problems may surface. Deep emotional issues that were "medicated" by overeating may come to light because the overeating has stopped. People grappling with emotional issues and eating a raw food diet may need to get counseling or support while dealing with mental issues. Some choose to return to cooked foods until such time as they feel comfortable dealing with mental issues. Many people who relate stories of their journey into raw foods share that at some point, they too wrestled with mental issues that were brought to light when they cleaned up their diets. It's as if by cleaning up their diet, they were forced to clean up their mental state, too.

If you suffer from a serious mental illness, never stop taking your medication until you talk to your doctor. Some medicines can have severe withdrawal or side effects if stopped abruptly; you need your doctor's guidance to wean yourself off of them. For anyone starting a raw food diet, there are many resources online to get you started. Raw food coaches can also help you through aspects of the mental challenges that may arise when embarking on this type of diet.