Many people are aware of the advantages of a vegan diet, but are hesitant about becoming vegan because of concerns about the potentially restrictive nature of the diet. Vegans do not eat any animal products (including fish) or animal by-products. A vegan diet, though, is not just restricted to a few boring vegetables or tasteless lentils. A rich variety of foods are part of a vegan lifestyle.

A Wealth of Vegan Foods

While both vegetarians and vegans do not eat meat, poultry, or fish, the main difference between the two diets is that vegans do not eat any animal by-products. This includes all dairy, eggs, and foods that may contain animal products such as gelatin. However, a vegan can eat a wide and varied diet using natural foods such as grains, seeds, pulses, nuts, and vegetables. In addition to these, there are a number of other interesting and varied products suitable for vegans. These add a range of exciting and healthy possibilities to a vegan diet.

Soy is a nutritious source of protein. It is also good for a vegan diet because soy has such a neutral flavor that can take on different flavors, textures, and seasonings. Soy products include the following options:

Grains contain protein and complex carbohydrates. There are many grain products that are especially healthful: 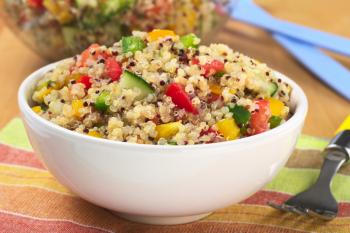 Other vegan-friendly grains include the following:

Because vegans do not eat dairy, they often seek replacements for milk, yogurt, and cheese in their diet. There are a number of dairy replacements including these tasty options:

Nuts, seeds, and legumes are all vegan foods. Samples of these foods include the following:

Vegans can eat all fruits and vegetables, such as these popular options:

Many processed foods you find at the grocery store contain no animal products and are, therefore, vegan. These include the following. 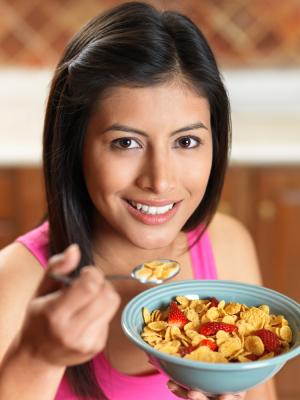 Choose from some of these favorite breakfast cereals:

For great snacks, add these to your vegan foods list:

You'll find a wide variety of baked goods at your grocery store including these options:

If you're low on time, choose from some of these great frozen and refrigerated foods:

Products to Watch Out For

While a number of products may appear vegan at first glance, on closer inspection they contain items such as dairy products. Vegans need to be aware of 'hidden' ingredients that make products unsuitable for their lifestyle. These include:

A Note About GM Foods

Many vegan foods are derived from soy beans. Vegans may want to establish whether the soy beans have come from a non GM (genetically modified) source. Genetically modified foods, and the issues surrounding them, are often a concern for vegans and people interested in green living.

There are many resources to help you find vegan foods.

For many, the vegan diet is about more than food. It is a conscious lifestyle choice that minimizes animal cruelty while maximizing health. It can also be a highly satisfying way to eat, filled with natural and delicious foods.

2
Comments
© 2006-2021 LoveToKnow, Corp., except where otherwise noted. All Rights Reserved.
What Do Vegans Eat: Guide to a Variety of Foods