There's no topping that pairs better with a spicy carrot cake, a rich red velvet cupcake, or a slab of moist coconut cake than cream cheese frosting. Some vegans might place the frosting up high on a list with bacon and milk chocolate as foods they miss the most, but there's no need to abandon pursuit of a suitable imitation if you've given up dairy.

The primary obstacle to making your own vegan cream cheese frosting is finding a cream cheese substitute that tastes just as good as the original. You don't want your frosting to be grainy, bland, or have a prominent "health" taste, so it can be a challenge to convert existing non-vegan recipes to suit your needs. Instead, try starting from scratch with a recipe that was created for vegans.

The below recipe makes about 2 cups of frosting, which is enough to frost 12 cupcakes or the sides and top of an 8-inch round, two-layer cake. 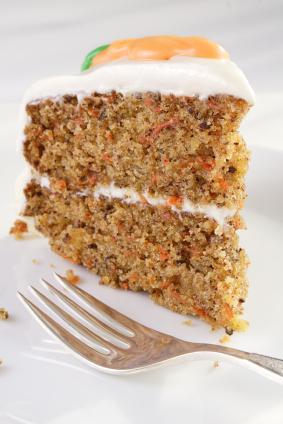 Some vegan recipes for cream cheese frosting use raw ingredients instead of processed products. For example, VeganBaking.net suggests getting a creamy base with raw cashews rather than a packaged cream cheese imitator. For that frosting, soak raw cashews and then blend them thoroughly with a food processor or blender before combining with sugar. You may also want to try sweetened, pureed silken tofu.

Vegan cream cheese can be hard to find at typical supermarkets, so you may have to look at health food stores, co-ops, or specialty supermarkets to get it. Your options include:

Frosting You'll Use Again and Again

Once you whip up a batch of vegan cream cheese frosting, use it to top cupcakes, cake, or even bagels and pancakes! It may take some experimentation to find which type of cream cheese substitute creates a flavor you like, so try a few different recipes and combinations until you hit on a frosting that you'll use again and again.