Barley is a nourishing and satisfying grain that is perfect for vegetarian dishes. According to the Whole Grains Council, people who eat barley report having greater satiation and eating fewer calories when barley is part of a meal. Try these hearty barley dishes for your next meal.

Making a barley risotto in a slow cooker helps you eliminate all of the stirring necessary for a typical risotto. Soak the dried mushrooms overnight in the vegetable broth for even more mushroom flavor. Serve it with a simple side salad for a delicious meal. The recipe serves 4.

To make a vegetable risotto instead of the mushroom risotto:

To make this recipe vegan, leave out the Asiago cheese. You can replace it with a vegan cheese, or even stir in some nutritional yeast over the top to give it a cheesy flavor.

This recipe calls for a vegan shredded cheese, such as soy or hemp cheese. If you aren't vegan and eat dairy-based cheeses, feel free to substitute with Monterey Jack or cheddar. This casserole makes a meal all by itself, or you can add a fruit salad on the side to help cool down the spices. 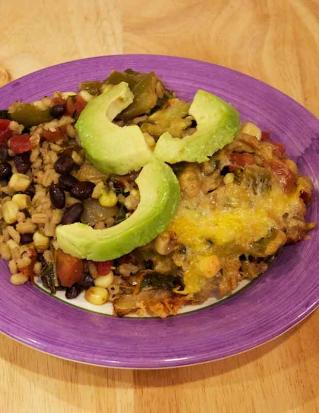 To make the casserole less spicy:

You can also replace the tomatoes and peppers with your one cup of your favorite salsa.

Barley has a slightly nutty flavor that complements many casseroles. It's also hearty and filling, so it's the perfect grain to add to all kinds of casseroles. If you've never had barley before, add some for a delicious and filling meal.